Dude Vs. The Elements 2: Delayed

So, I'm current;y having a small issue of where to upload the final product of Dude Vs. The Elements 2. Either MooCJStudios or two other potential channels. I canot go further in depth. And I can just tell everyone is looking forward to this after the huge hit that was the first one. [/sarcasm]

Other News:
-May make a short video about my latest Lego MOC that was previously the un-named space freighter.
-Have yet to purchase iStopmotion and a new camera to begin animation again.
-Going to try my hand at more 3D works such as animation, design, landscapes whatever I can master.
-Made a video about the Apple PowerBook G3. (for all you Macaddicts like me).

Dude Vs The Elements 2

Filmed Dude Vs. The Elements 2 today and yesterday. Get ready for a hardcore survival adventure in... THE CANADIAN WINTER!

Part 2 features new characters and a new production crew recruited by me!

I'm currently editing the film together. No release date set.

Over the past three months or so, I've been working on a Lego Spaceship MOC. The detailing is mostly inspired by Blade Runner and such. It is currently un-named, so you can @MooseyJay me on twitter, comment on this post or comment on the flickr photostream your suggestions. 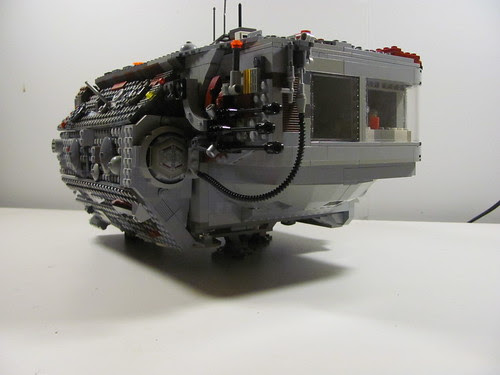 I was wanting to build the UESC Marathon from Bungie's Marathon series (90s FPS game fro the Macintosh). But according to the game, it's Mars' moon Deimos taht has been hollowed out into a colony ship. So, yeah, it would have to be huge.

In other news, I forgot my MacBook away from home and I'm using my iPhone a PowerMac G4 (circa 2001) as a team to conquer the internet. It's very tedious.
Posted by MooCJ at 10:21 PM 1 comment:

So in spirit of the Halloween... thing. I just can't call it a holiday. I made a Jack O' Lantern to remember Steve Jobs' passing. I recommend reading his biography. It's quite interesting. And if you don't enjoy reading, I'm sad for you. 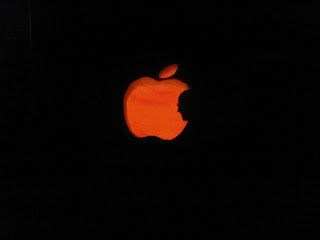 An update of the state of MooCJStudios: currently looking for a new camera that works with iStopMotion. And I'm learning some 3D animation/modelling and stuff.
Posted by MooCJ at 6:04 PM No comments:

(belated) Congrats to Bungie on 20 years, and 10 years of Halo! Celebrating by playing Marathon Resurrection and building a top secret project.

I'm going to be working on some music stuff for a sick video to come. (It'll be live action)
Posted by MooCJ at 10:32 AM No comments:

Dude Vs The Elements

I was able to get our families old video camera working with my PowerMac G4 on Mac OS 9, so I decided I'd start making some live action videos. The first thing I thought of was a parody of Man Vs Wild and Survivorman. I might make this a series, I don't know yet though.

I play Wolf Barbecue in DUDE VS. THE ELEMEnTS.
Check it out here on Youtube. http://www.youtube.com/watch?v=nsbSQAF2JV0
Posted by MooCJ at 9:42 AM No comments:

Tonight There's Gonna Be a Jailbreak!

Got that song stuck in my head, but I'm finally working on a new film today! w00t! Wanting to make this one for a long time, now. Script just has to be typed up, voice actors recruited, and sets done! Basically I'm at 90% done. Ten percent is what the world gives you, ninety percent is what you do with it. lol quotes that are inspirational.

In other news, I got my old video camera working agaiin, so you might start seeing some live-action stuff! I can only edit in Mac OS 9, unforunatwly but I can just max the poop out of the render quality of FCP 3.0 :P
Posted by MooCJ at 7:21 AM No comments:

MooCJ
Canada
I'm a stop-motion filmmaker who enjoys creating Brickfilms. I have been brickfilming since 2008, and plan on continuing prosperously.